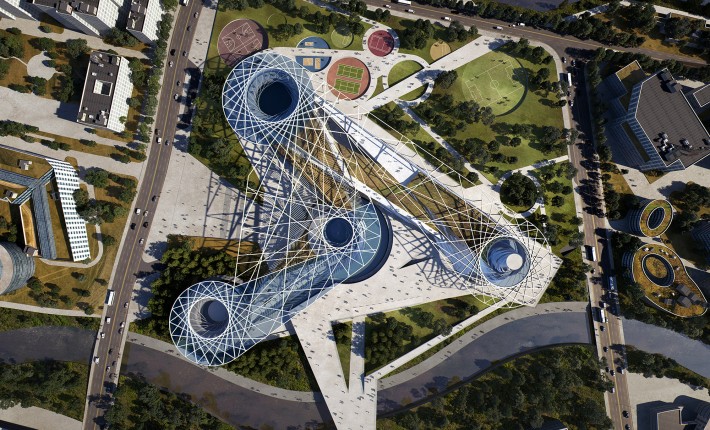 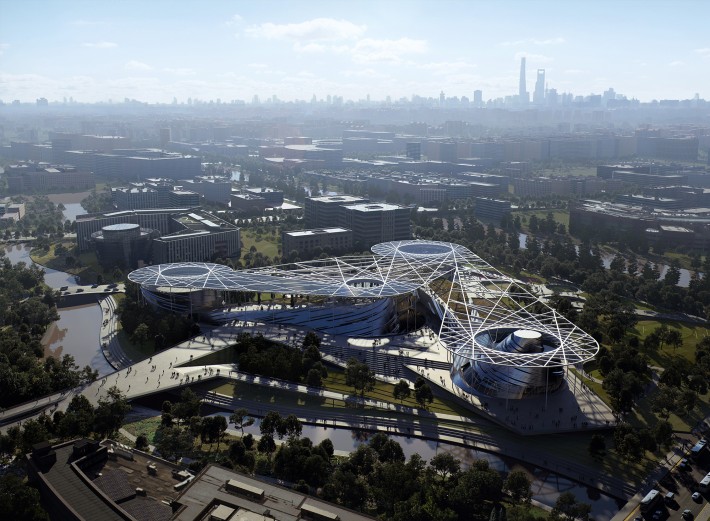 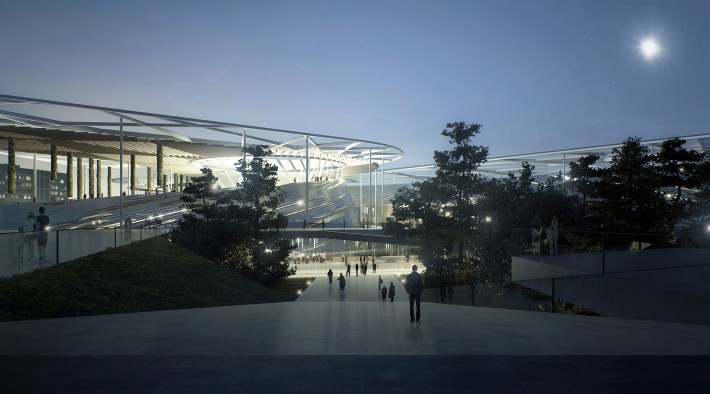 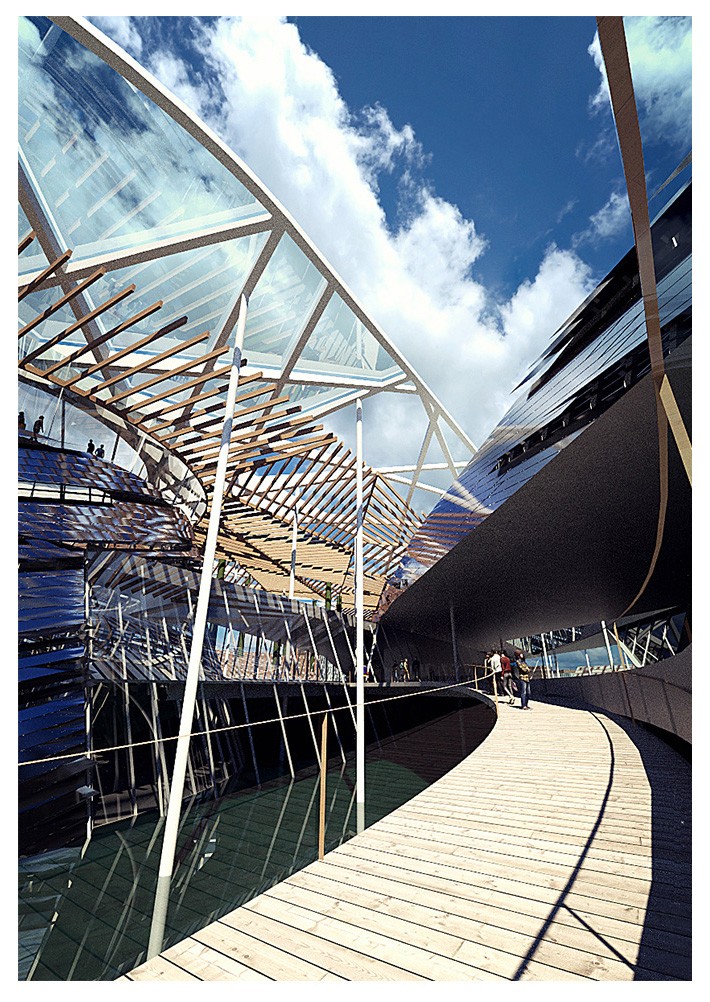 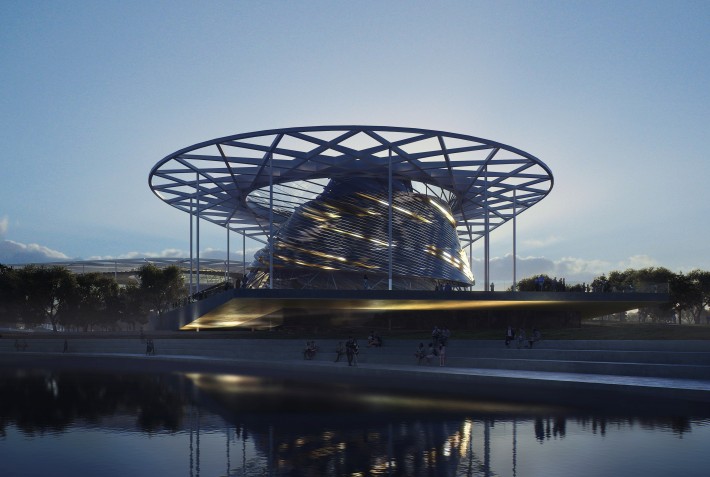 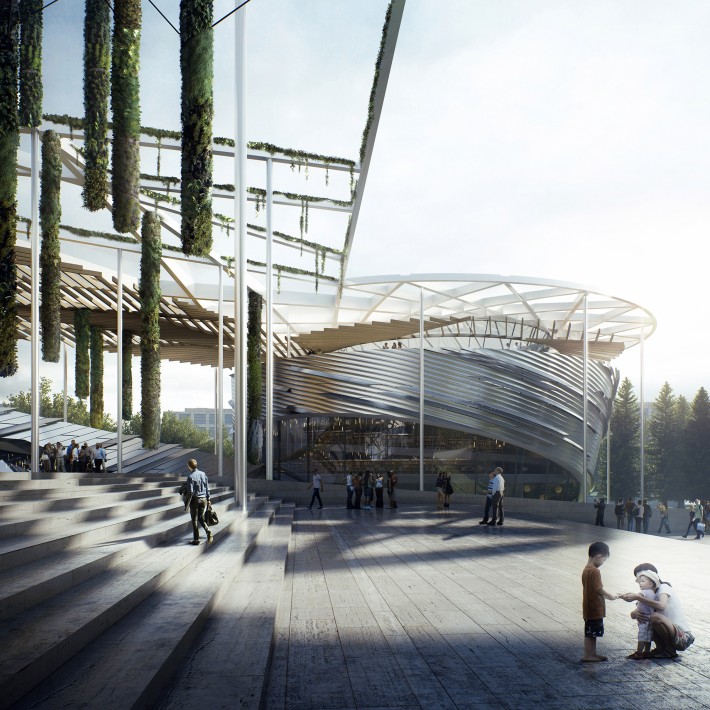 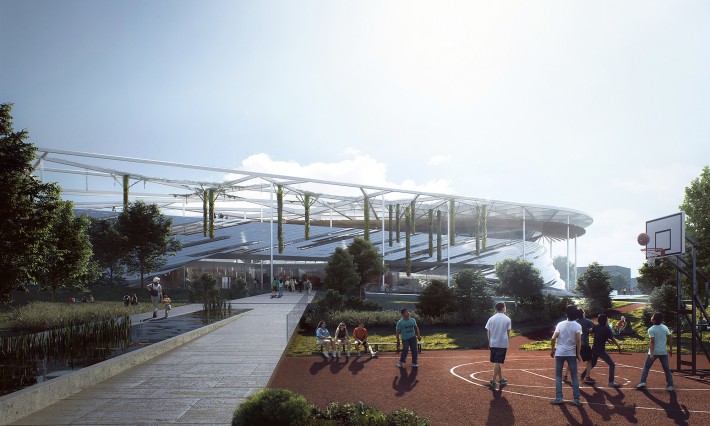 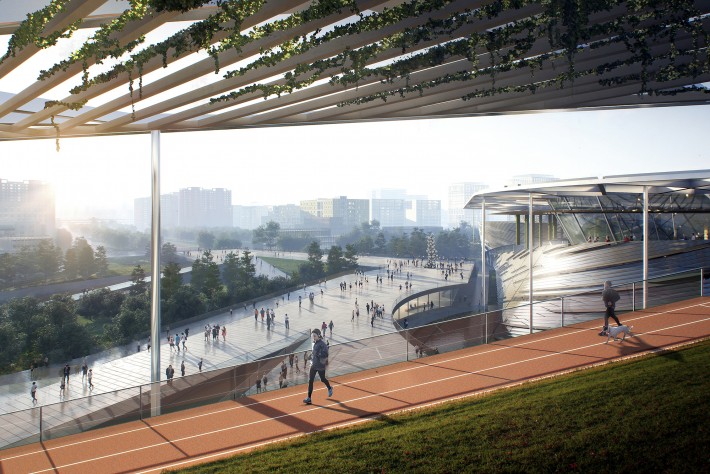 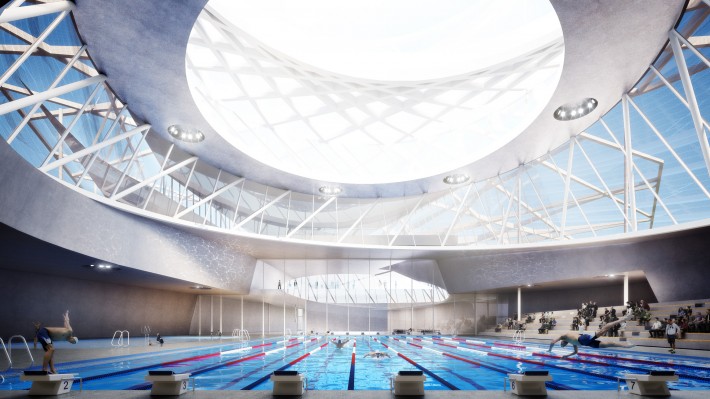 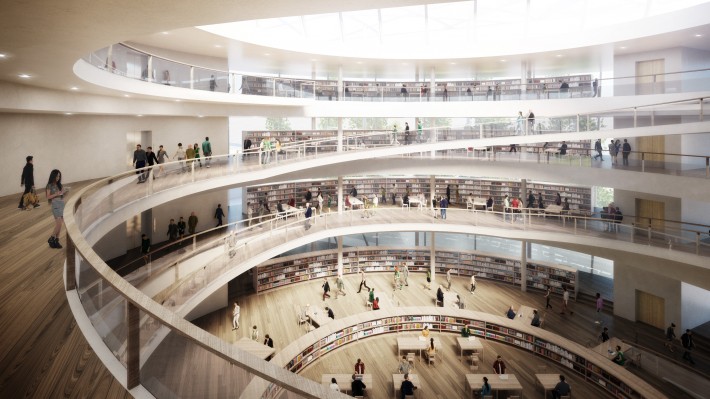 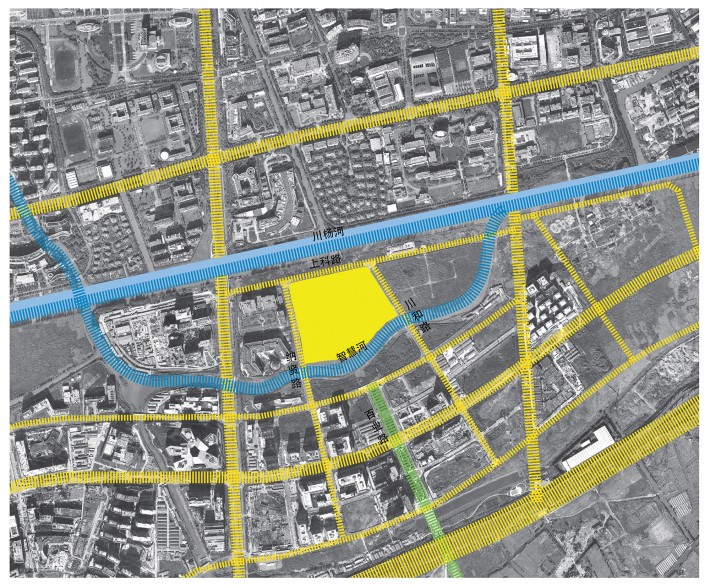 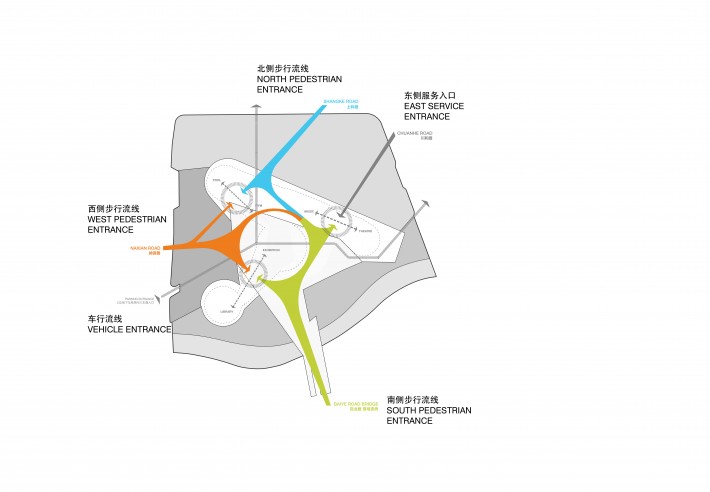 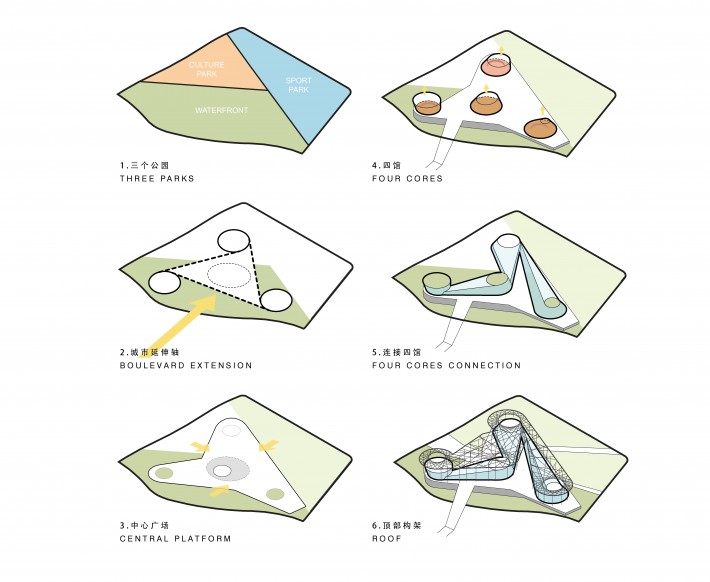 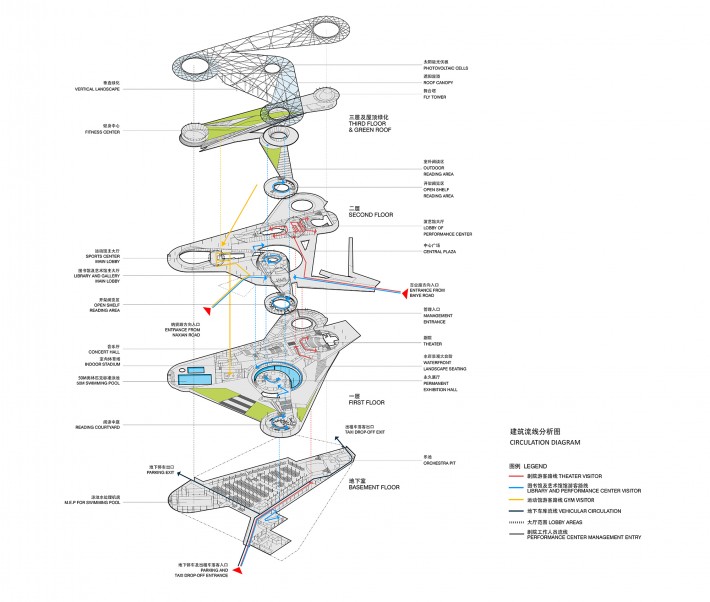 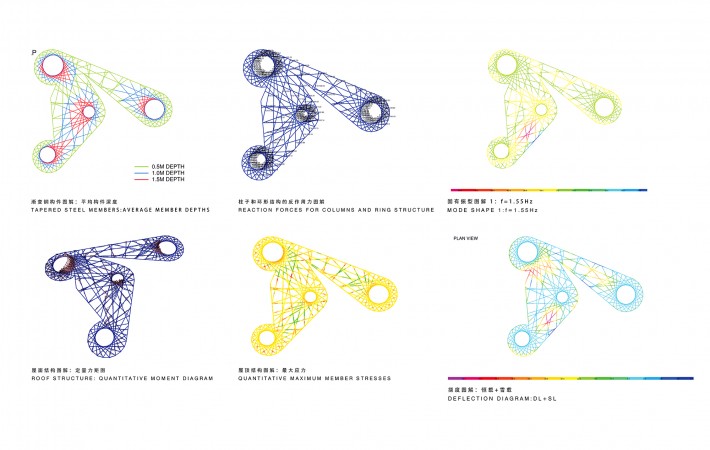 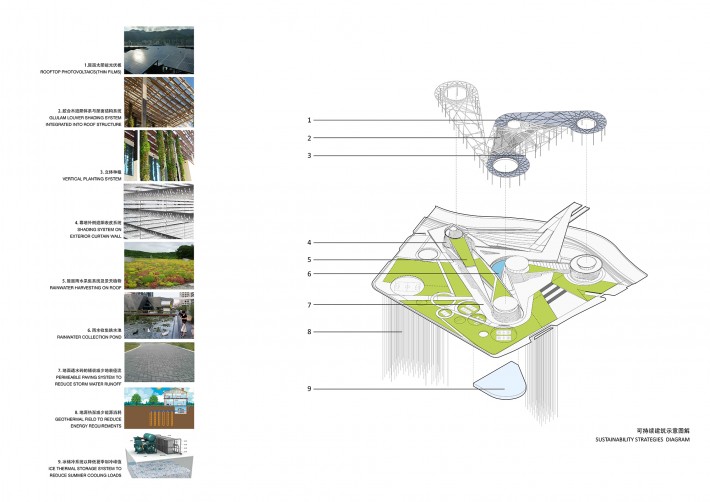 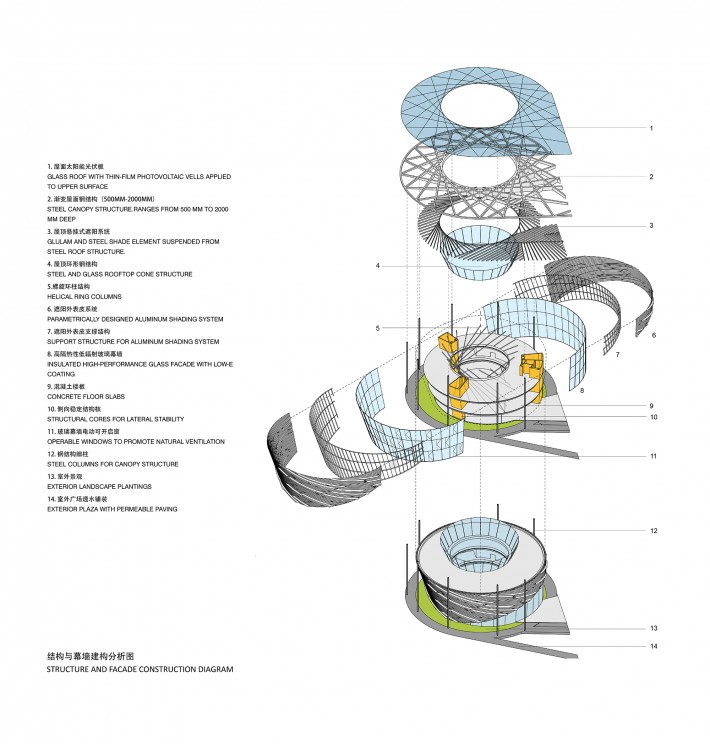 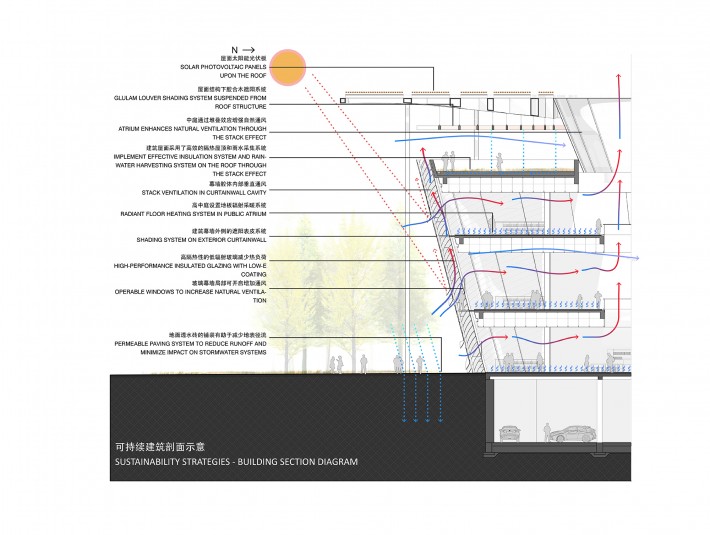 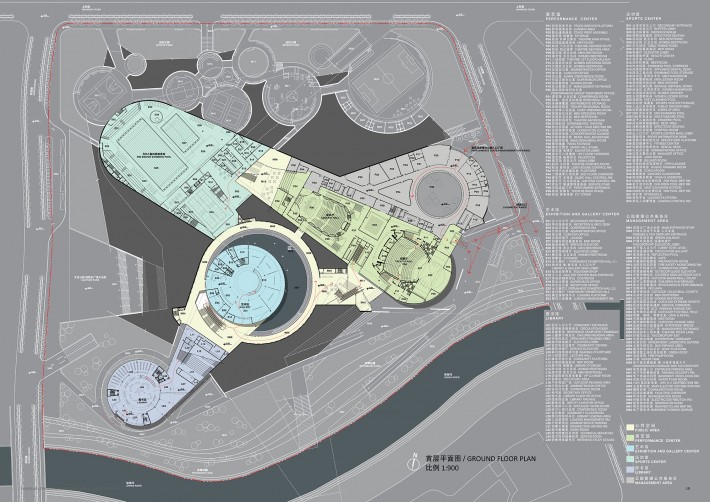 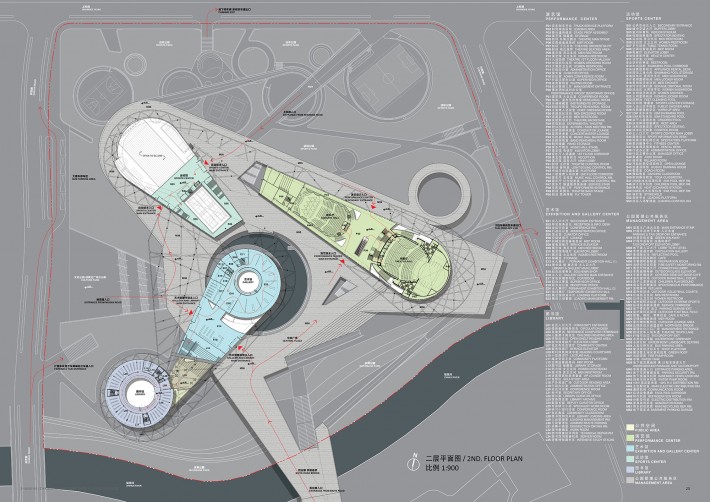 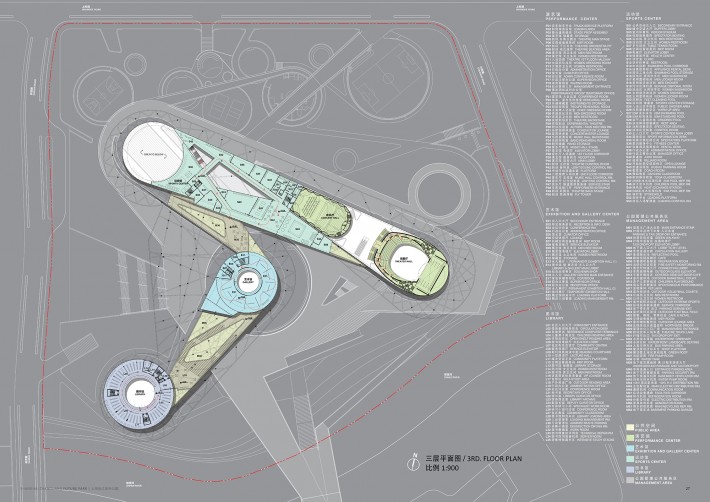 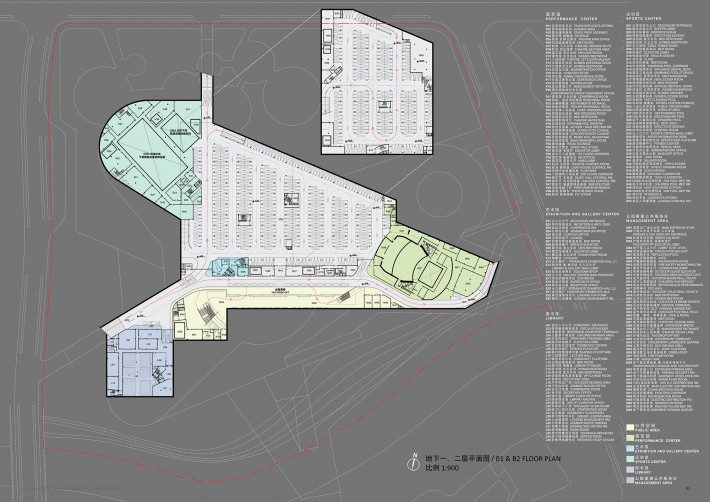 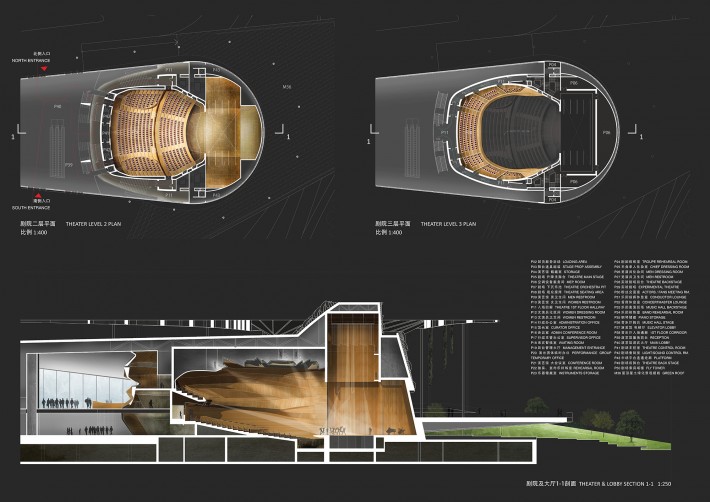 Located in the Zhangjiang District of Shanghai, to the east of Pudong, Shanghai Future Park is the meant to form a new centerpiece for the expansion a current technology development intended district. The complex project site borders many different conditions—it is bounded by the urban thoroughfares of Chuanhe Road and Naxian Road to east and west, and the Chuanyang and Zhihui Rivers to the north and south. The site also serves as the terminus of the major public axis of Baiye Road, a planted urban boulevard to the south of the site.

The client brief called for an ambitious mix of programs including: a performing arts center; an exhibition and gallery space; a library; and an athletic center. This mix of civic uses is intended to create a new hub of civic and urban life for the region. After analyzing the site and program, Link-Arc decided to approach the project from an urban perspective. Instead of creating a typical object building typical for large civic commissions of this nature, the Shanghai Future Park could be conceived as a series of interconnected public zones unified and sheltered by a unique roof structure.

Link-Arc began from the outside in, proposing three civic spaces, each with a different usage and character, and defined by a specific relationship to the site and context. To the north and east, a Sport Park incorporates playing fields and athletic facilities and connects to existing running paths along the banks of Chuanyang River. To the west, a civic plaza called the Culture Park serves as the main public entrance, and is defined by a generous public stair. To the south, a Riverbank Park, defined by expansive river views and generous plantings, creates a major new civic amenity, extends the green space of Baiye Road, and increases public connectivity in the region. These spaces are connected via a raised central platform.

These spaces are sheltered by a lightweight roof structure which creates a grand civic gesture and unifies the distinct public spaces while reinforcing their individual characteristics. The roof extends over the public stairs of the Culture Park to shelter the main public entrance, but is withdrawn from the Riverbank Park to create an open public space adjacent to the Zhihui River with panoramic views of the water and the cityscape beyond. In addition, the roof generates the architecture beneath by implying locations for major programmatic elements.

Beneath the roof, the massing and program arrangement is closely linked to the site strategy. The major program elements are aligned on three axes: the Music Axis, the Sports Axis, and the Cultural Axis. Each major venue in the program is articulated as a conical form (a “core”) which creates an iconic presence within the park, and is linked to the design of the roof. Lower masses between the cores hold additional programmed spaces, and create additional public zones beneath the floating metal roof. The architecture below the roof is defined by a striated steel skin that unifies the massing and enlivens the building’s exterior form. This skin further improves the building’s sustainable design response by promoting natural ventilation and reducing heat gain on the façade.