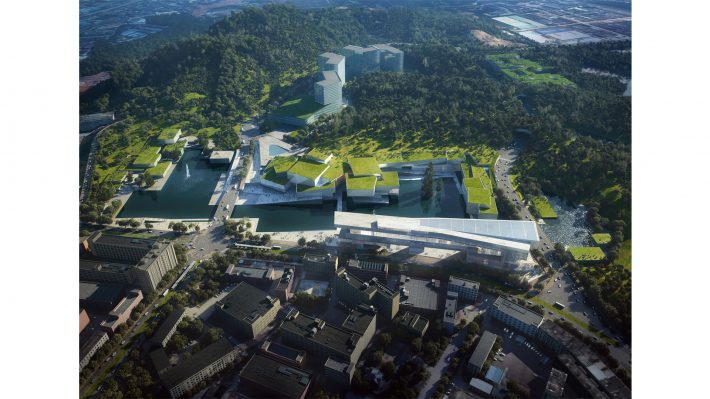 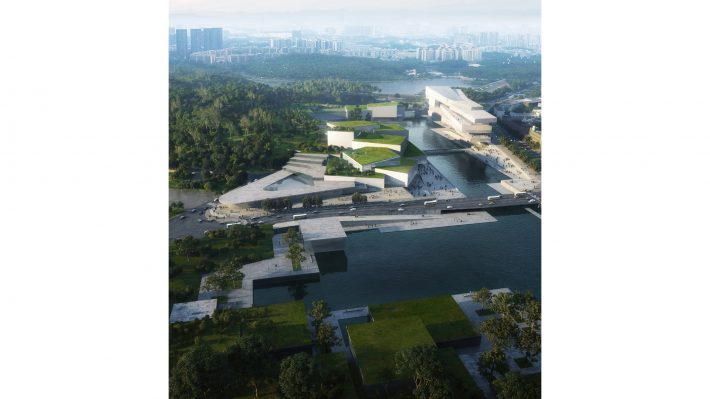 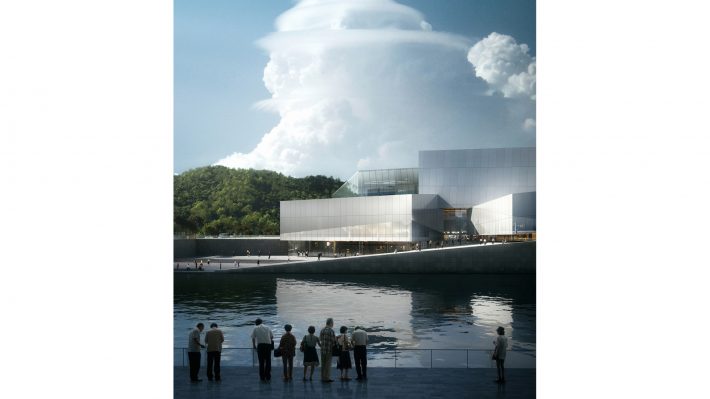 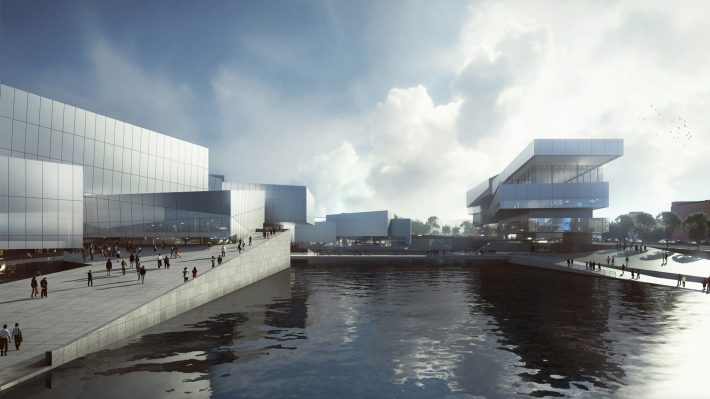 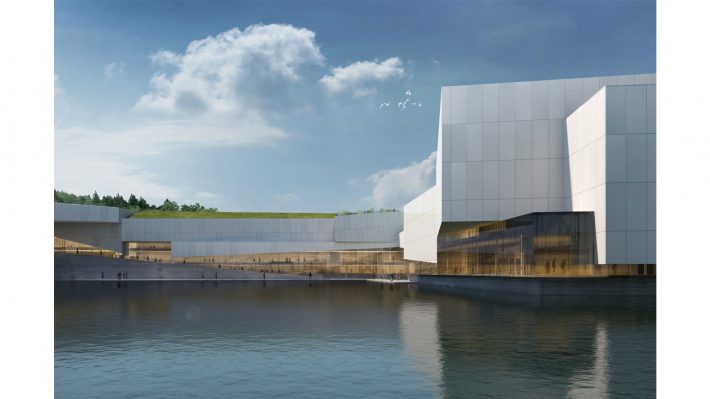 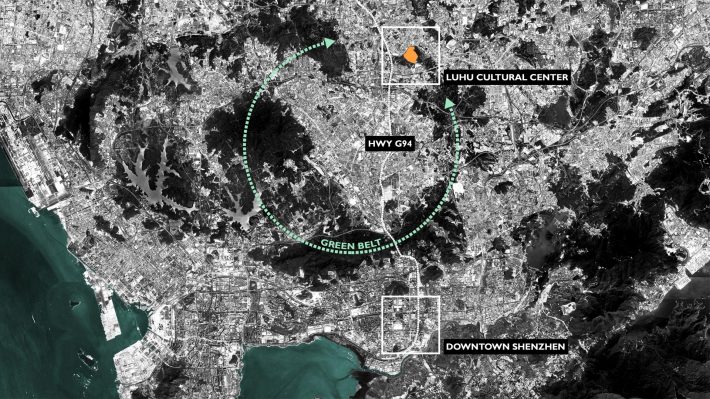 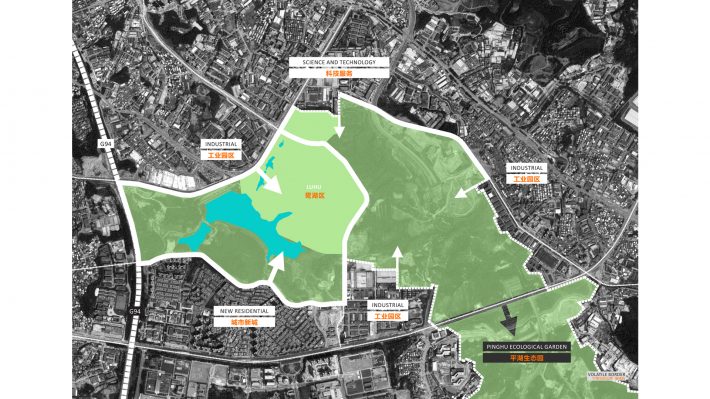 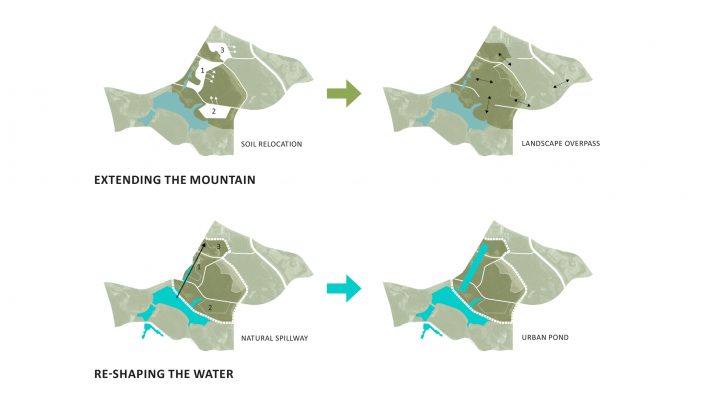 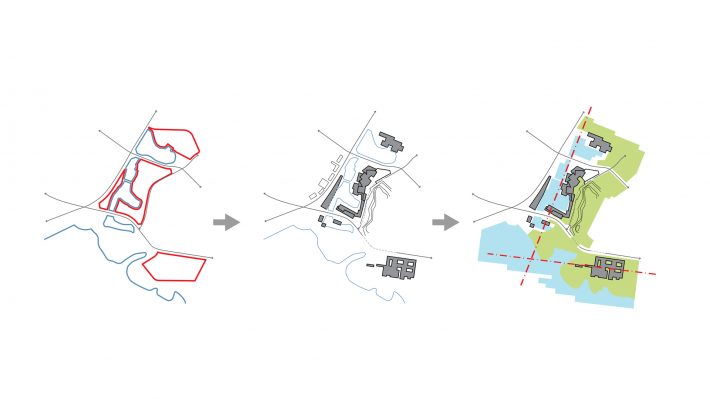 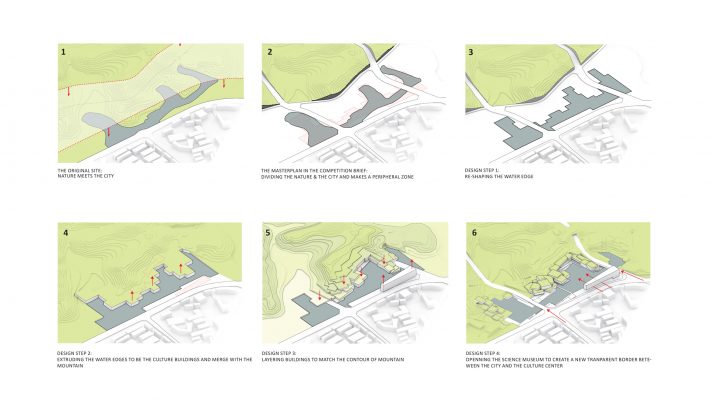 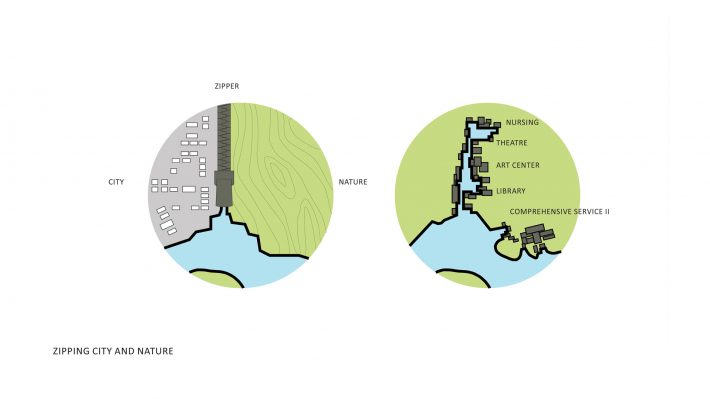 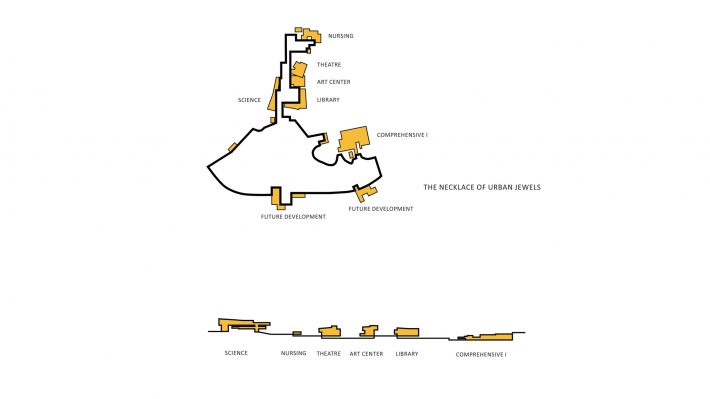 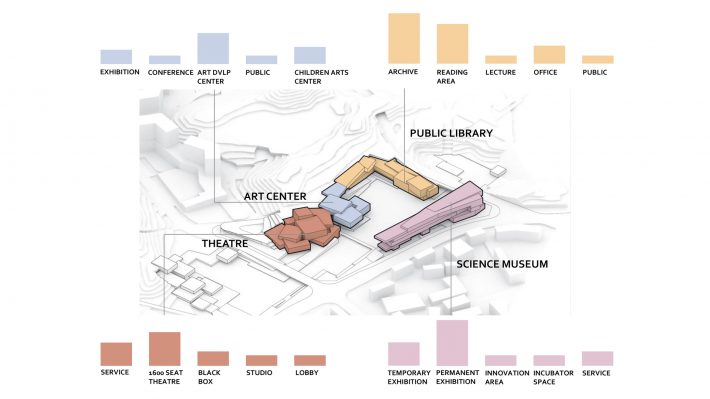 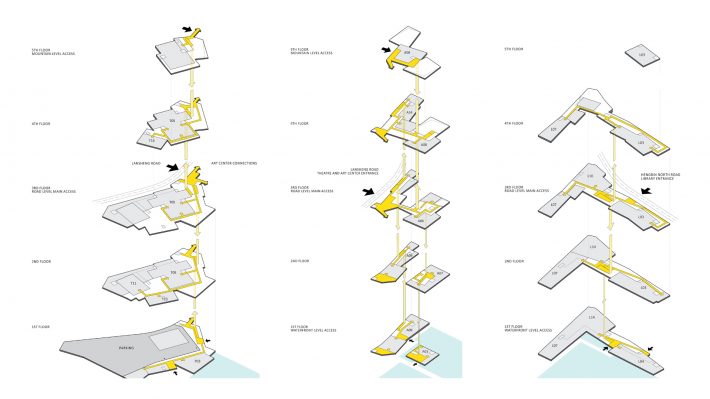 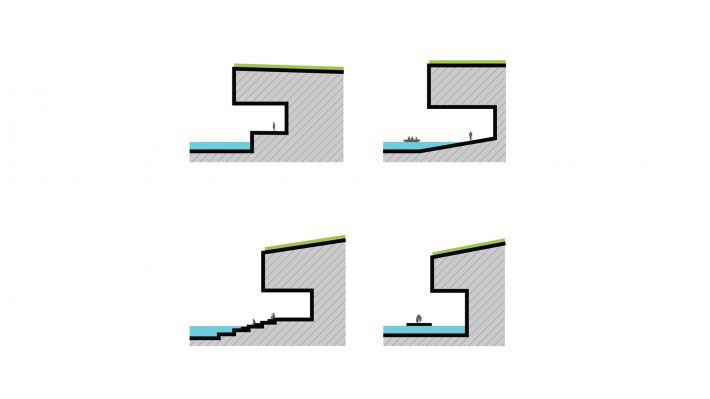 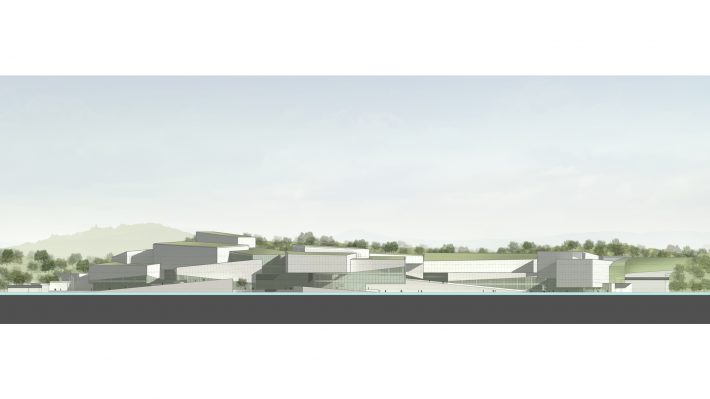 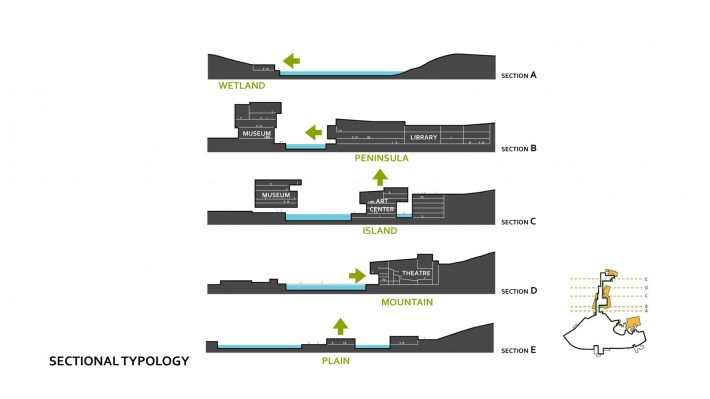 The LUHU Scientific and Technological Culture Area is conceived as a cluster of cultural buildings aimed at leveraging Longhua’s role as a technological and innovation center to elevate the quality of public life in the region. A triad of public buildings – a theatre, an art center, and a library – totaling 76,890 m² forms the centerpiece of the project, which also comprises a science museum and office buildings.

Located in Longhua’s Luhu District, the seventy-hectare site is wedged between an industrial area and the slopes of a nature park fragmented by years of hasty urban development and unrestrained spillways from the nearby Hengkeng reservoir. Instead of approaching infrastructural and ecological challenges as separate from architectural design, our project advances a building strategy that employs architecture to reorganize the topography and the spillways into public amenities inhabiting a new type of waterfront.

By dividing large program masses into their smallest components, we managed to “extend” the landscape over roads, restoring natural continuity, increasing the overall green area of the park, and creating a seamless transition between building and landscape. The topographic organization of masses generates a series of discrete, interconnected public spaces cascading downhill and tied into a continuous loop that gives shape to a new spillway basin. Reimagined as a civic waterfront, the basin edge is designed as a place in flux, where programming of public space changes with the fluctuating, seasonal water level.

The project intentionally breaks with conventional approaches to designing civic buildings as monumental objects in favor of a more diverse articulation of public spaces, reminiscent of traditional villages. Taken as a whole, the looping waterfront village becomes a new public realm meant to reconnect the surrounding neighborhoods with the Hengkeng reservoir promenade, but also to contain future development along its edge and away from the park.