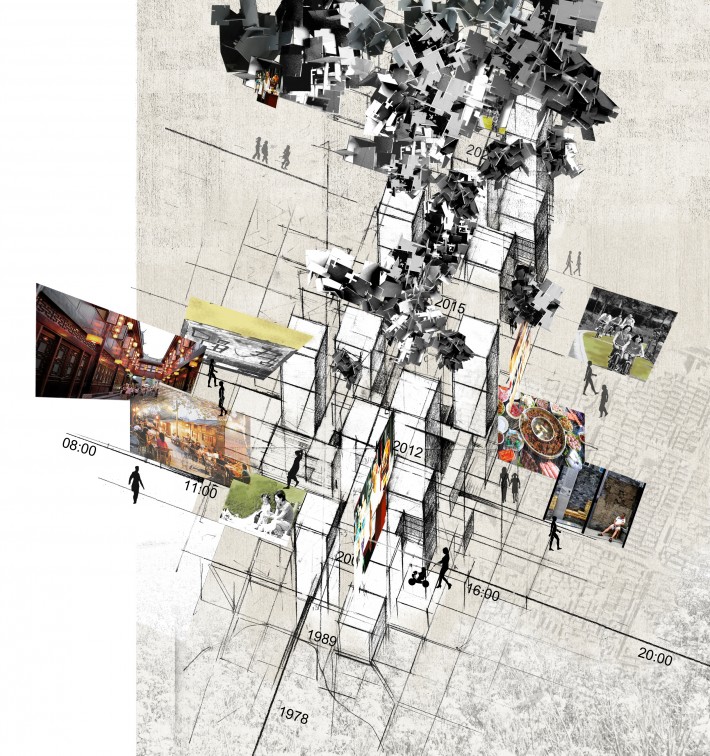 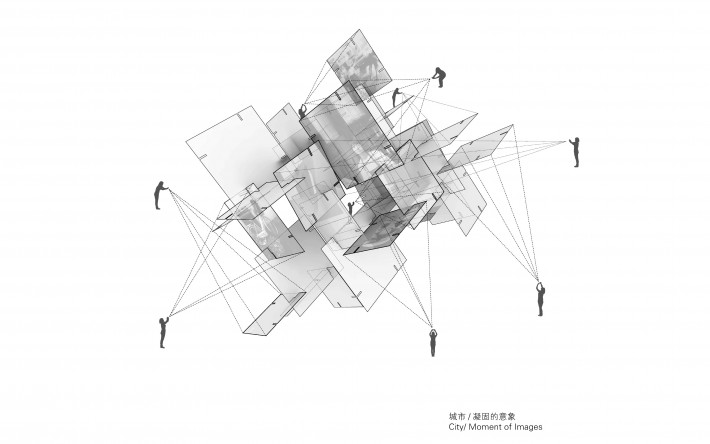 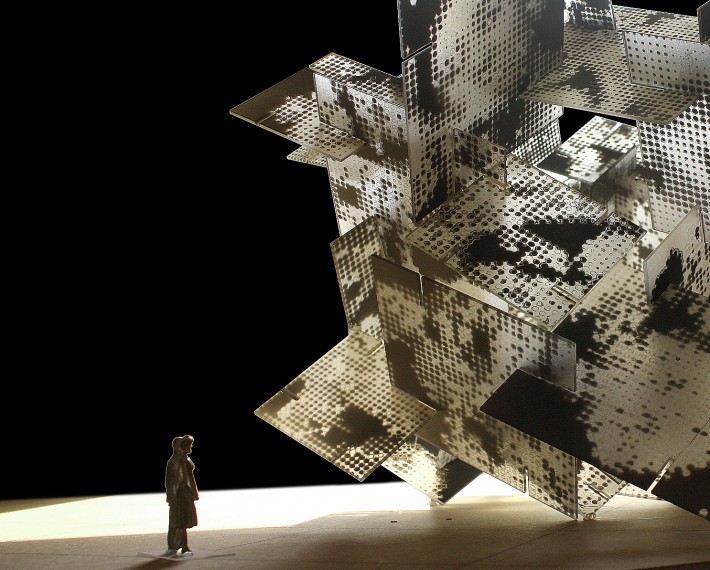 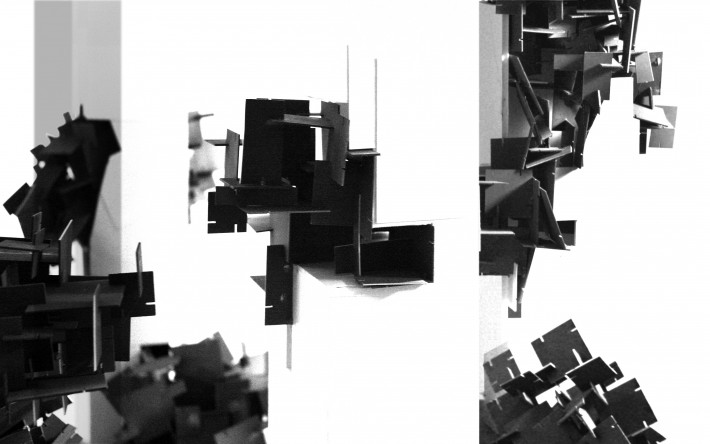 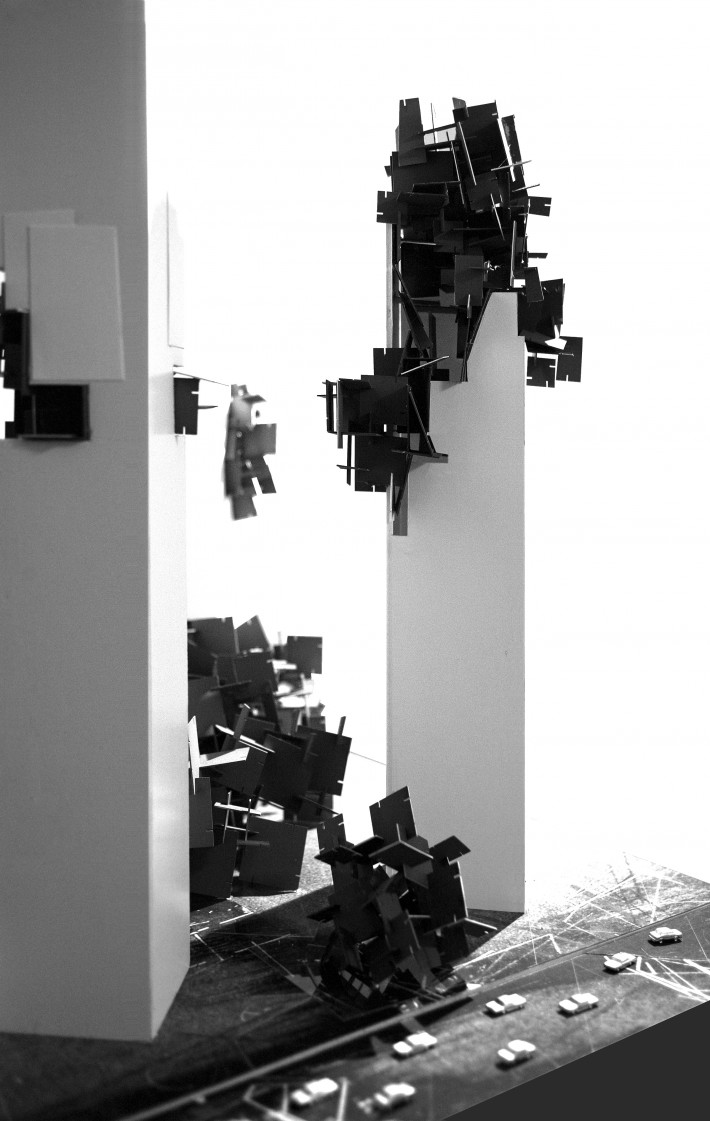 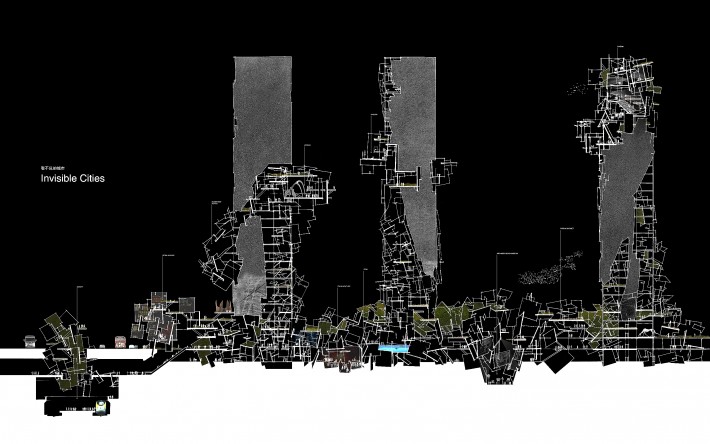 As depicted by the Italian writer Italo Calvino, a city, like an onion, contains layers within layers of alternating ‘invisible cities’, which support the city life of people, psychologically and physically. Inspired by his work, this project tries to reveal those “invisible cities”, visualize them and capture them into a series of fractal images. By deconstructing, manipulating, and collaging those images as basic discourses of montage fabric, it is possible to create a high density and fictive framework of city life. The proposal also calls for more attention to the urban problems such as the lack of regional culture and historical heritage in China’s ongoing urbanization.