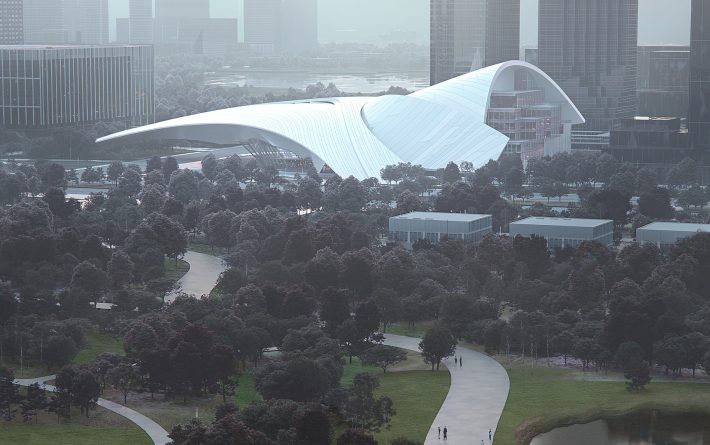 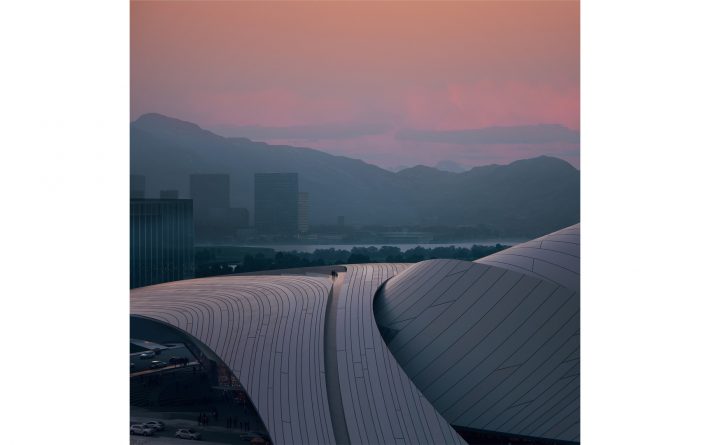 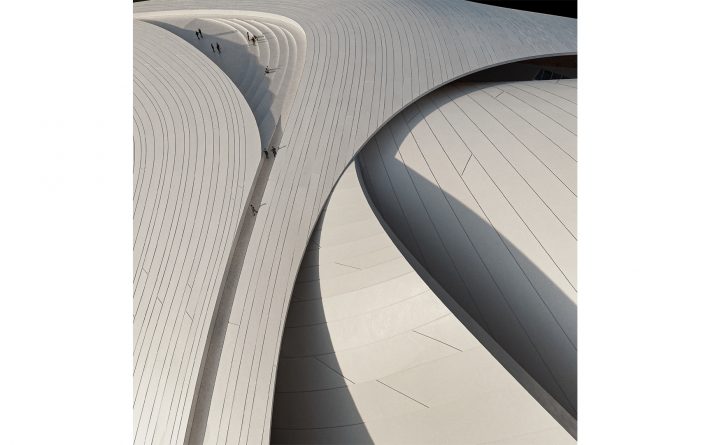 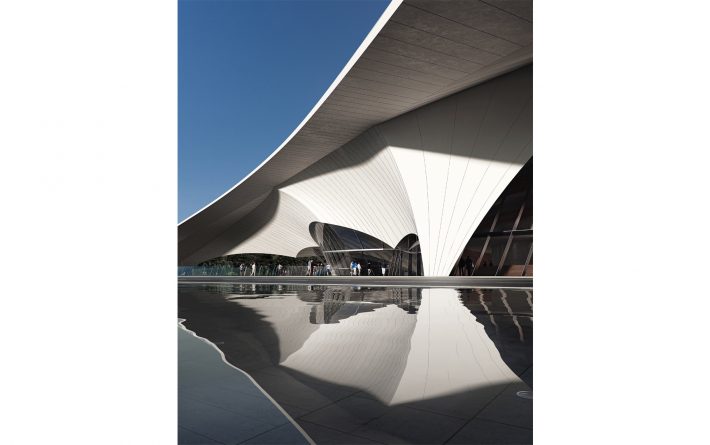 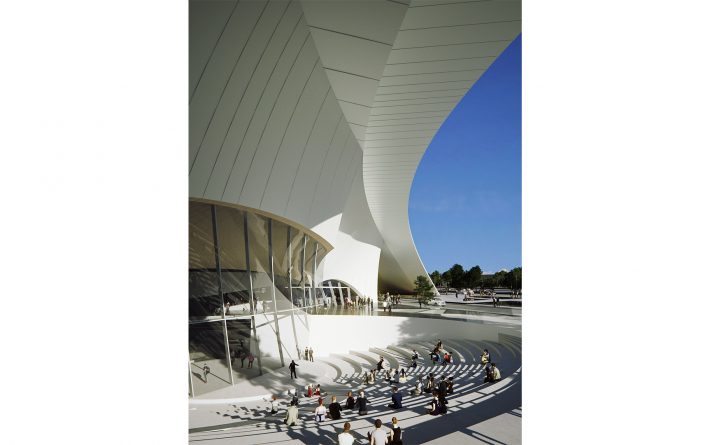 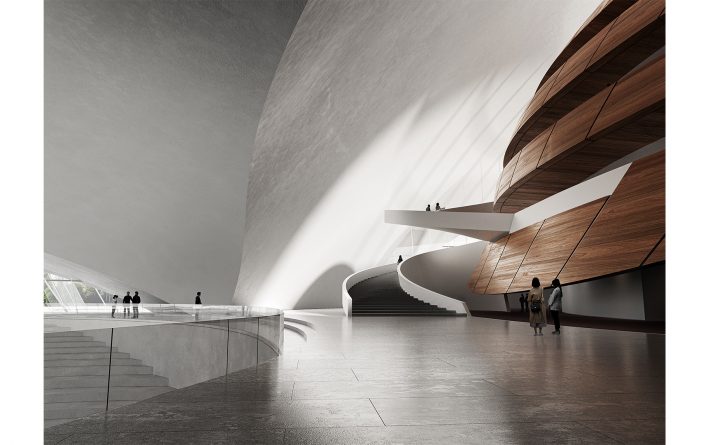 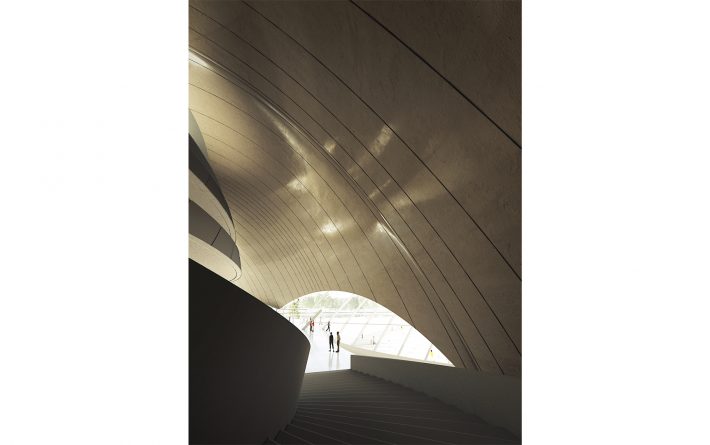 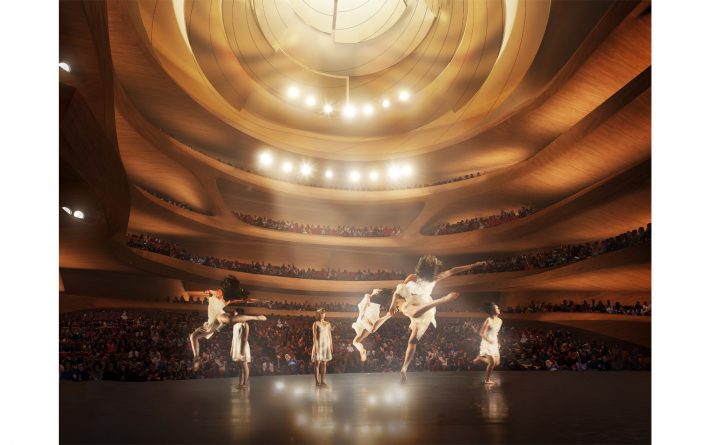 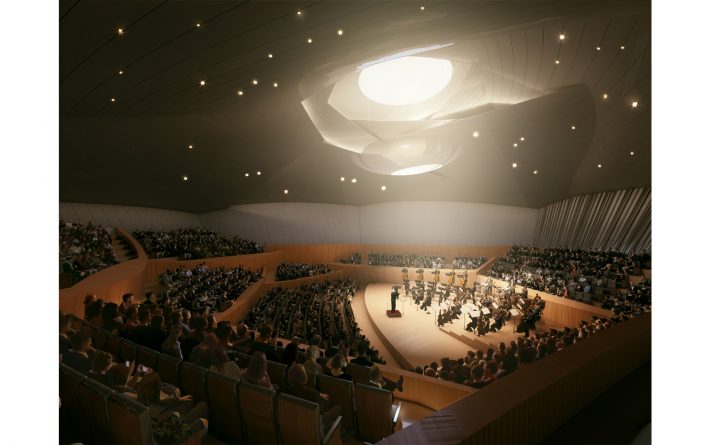 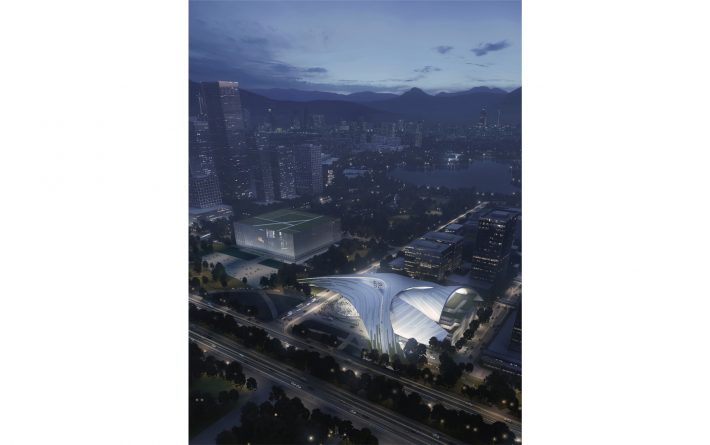 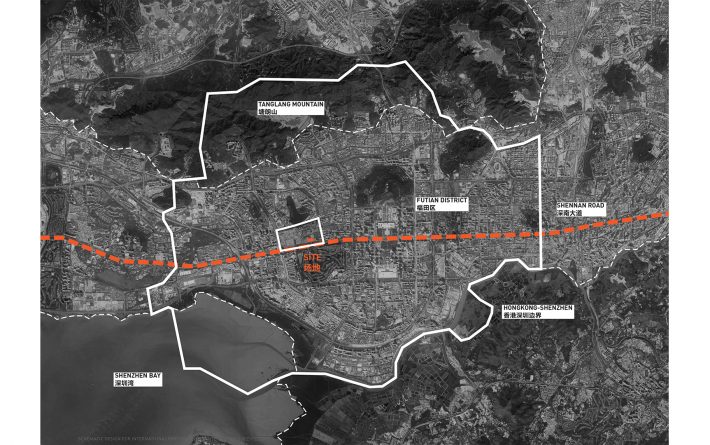 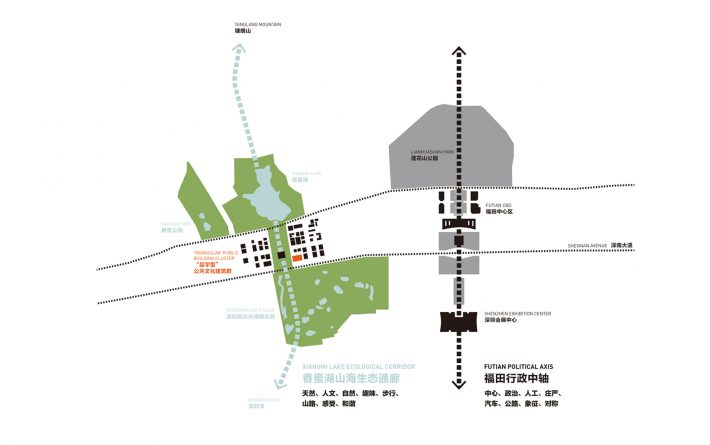 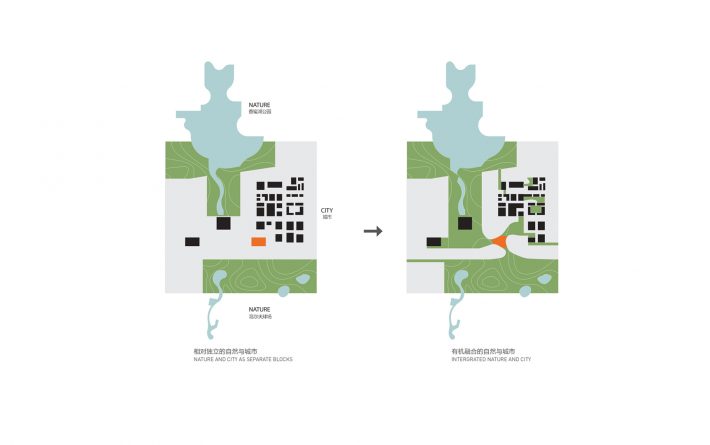 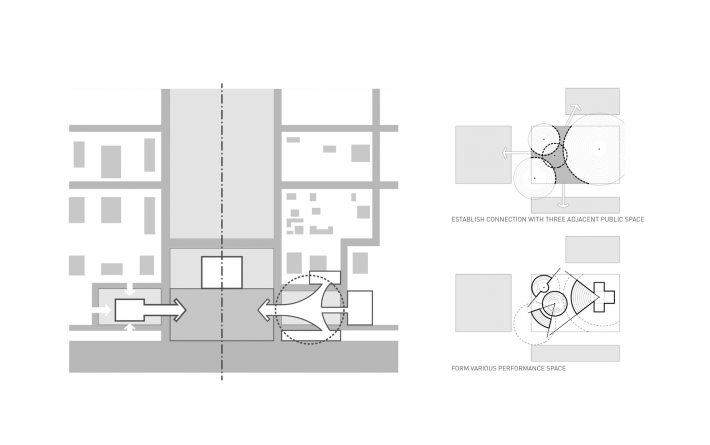 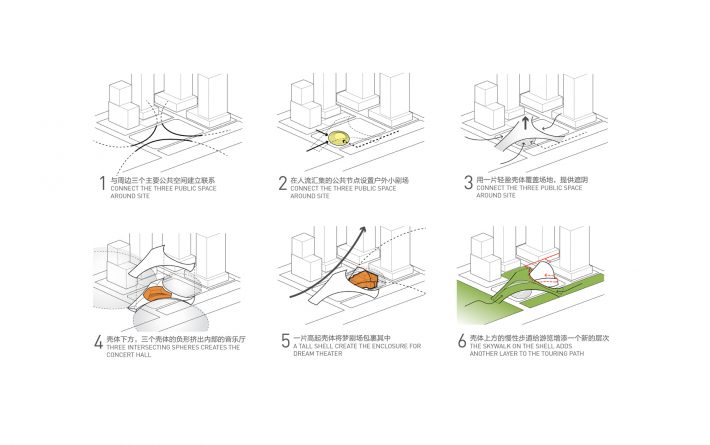 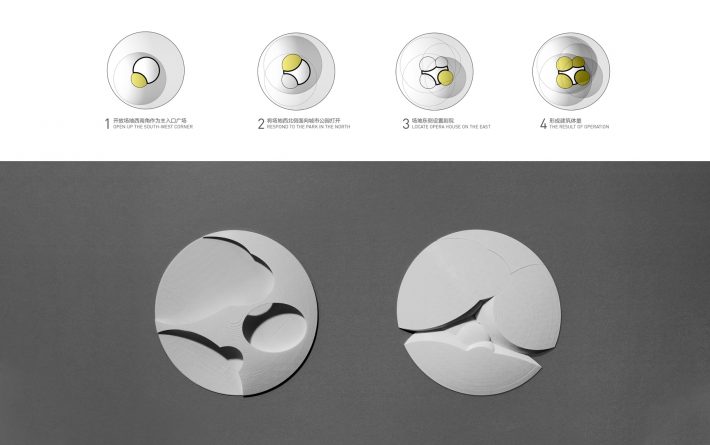 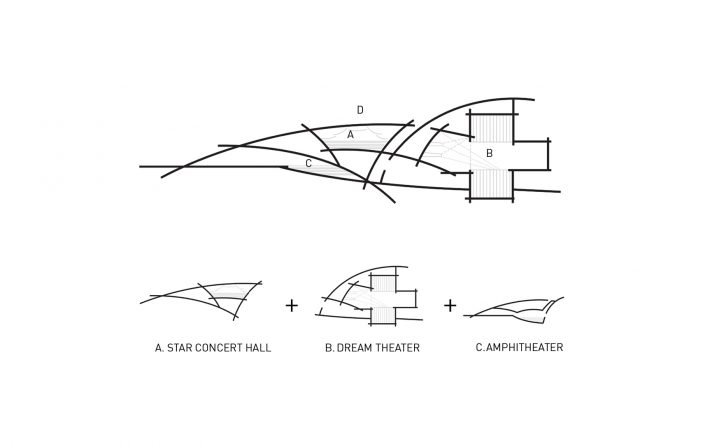 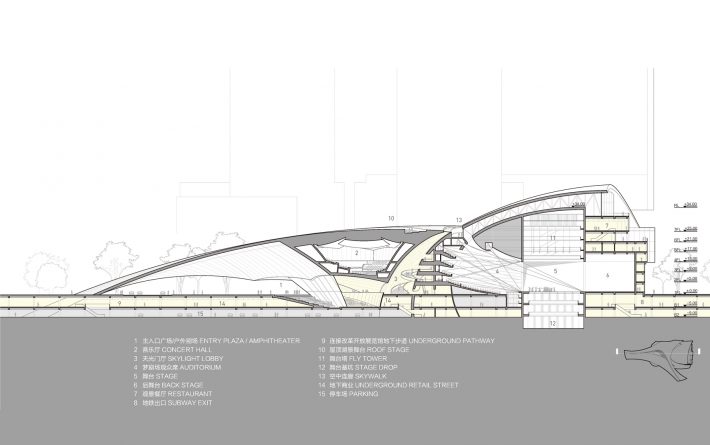 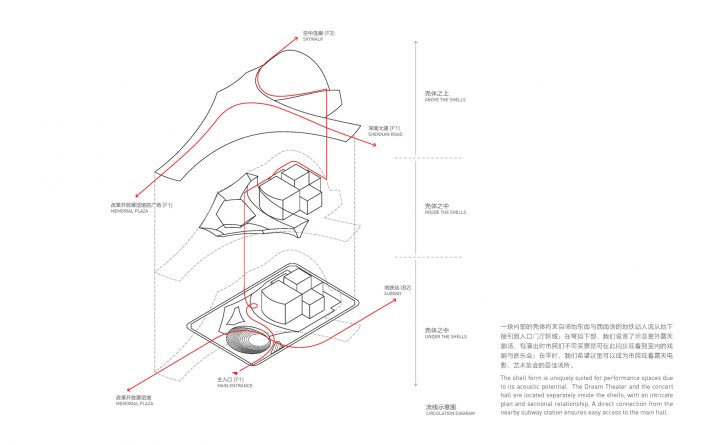 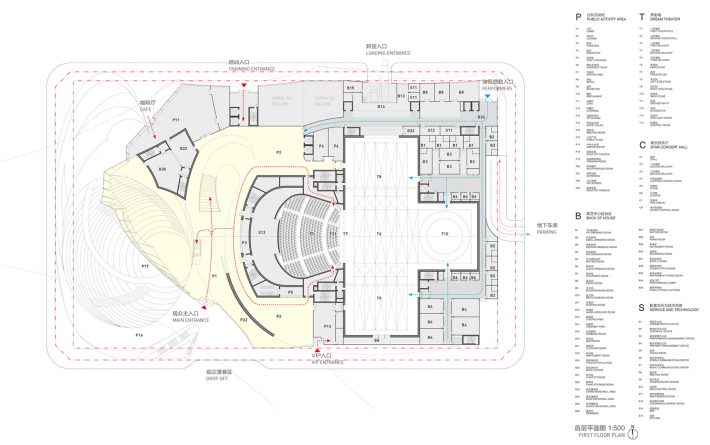 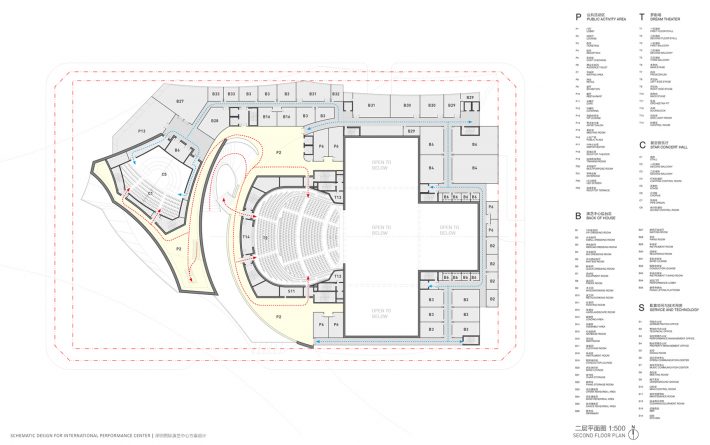 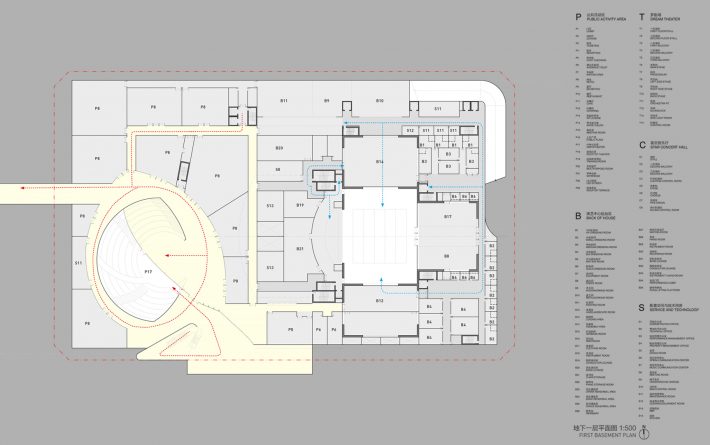 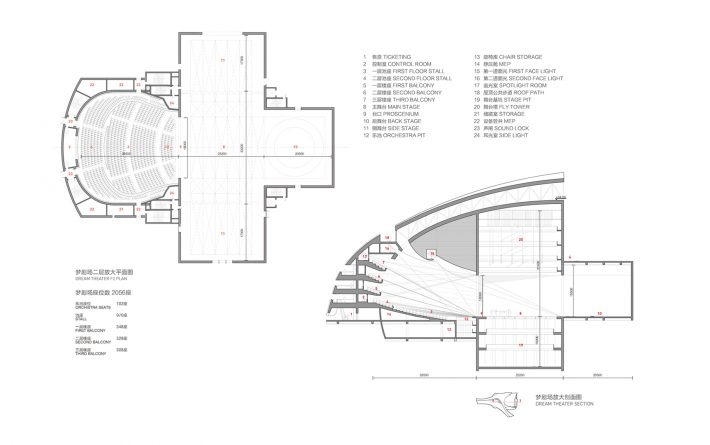 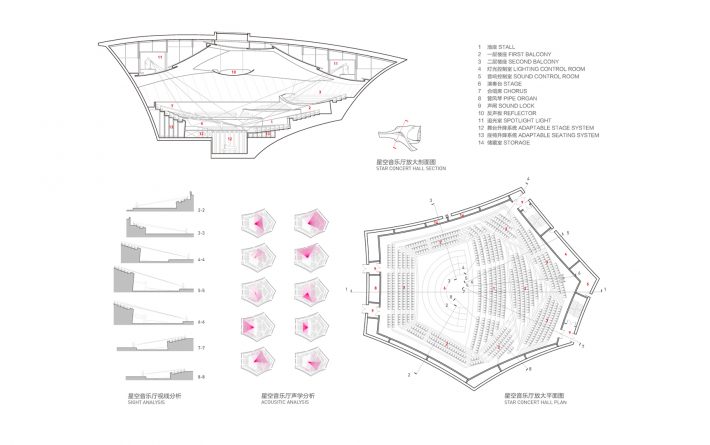 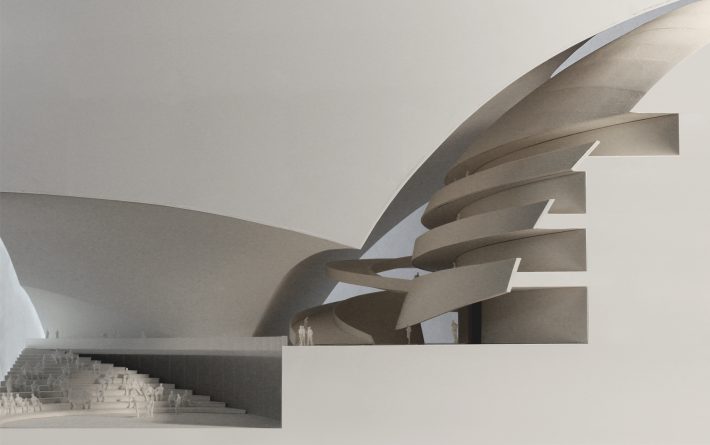 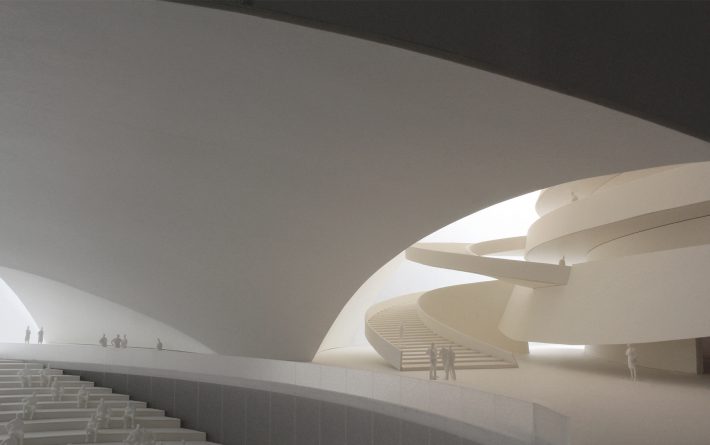 The International Performance Center is located on the eastern side of a natural view corridor. The three adjacent cultural venues are arranged in a triangular (“Ping”) layout and form the new public axis of the city.

The Performance Center serves as a connective node, gently bringing together the surrounding urban area under its concurrent shells. The building is low in the west and yields to the local context, while standing tall among the towers in the east. It seeks to respect the future planning of the Shenzhen Reform and Opening Exhibition Hall and achieve harmony with the urban context.

A traditional city plaza emphasizes monumentality. Our site strategy is to create a shaded plaza under the floating shells of the building—a serene and flexible civic space that compliments the Shenzhen Reform and Opening Exhibition Hall.

The spatial qualities of Shenzhen Echo will enrich civic life and promote culture and arts in this new urban center. The shells characterize the design as modest and non-monumental in nature. The ‘field’ condition of the form supports spaces for public gathering. The form also produces layered and multifaceted performance spaces through merging several spherical volumes with one another and carving out their intersections.  The space beneath the shell functions as an active urban space and an outdoor amphitheater. he Dream Theater sits inside the shell, taking advantage of the superior acoustics of the dome interior. The rooftop stage on top of the shell integrates lake and city views as its backdrop and creates an intimate open-air setting.  The concert hall is strategically placed among a series intersecting spheres which generates distinct acoustic qualities. The entrance hall is situated between the shells—a dramatic, skylit space enclosed by a series of curved interfaces. With its unique spatial qualities, the “Dome of Art” takes the visitor on a sensory journey through light, sound and space, and augments the performative experience of the building.

The shell form is uniquely suited for performance due to its unique acoustic qualities. The arc-shaped LED ceiling of the Dream Theatre allows for flexibility and avant-garde performance technology. The concert hall is located on the second floor.  Series of intersecting shells creates a vineyard-style performance space. Flexible stalls and seats behind the stage makes the concert hall highly adaptable to different performance styles without sacrificing acoustic integrity.

The shell itself is not only a formal expression but a container for creative affairs. Different parts of the building are activated according to the time of day. Art events and performances are held in the amphitheater throughout the day and at night.

We designed the performing arts center to be a blank canvas for the vibrant district of Futian, having unlimited potential. We hope it will become a lively cultural node in the Futian District, a public space where people, city, and landscape exist in harmony.