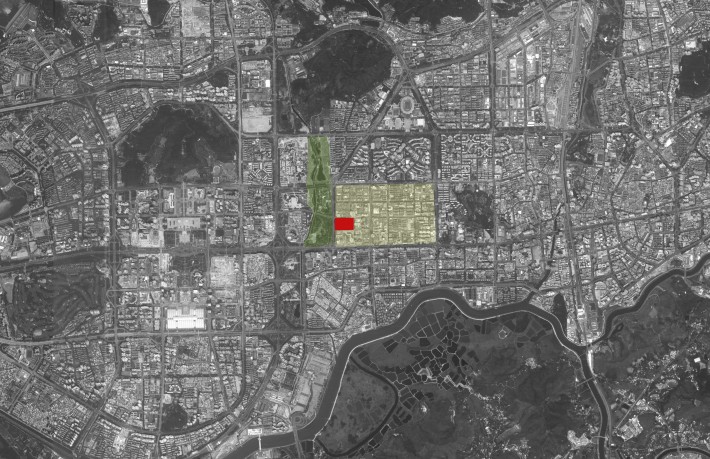 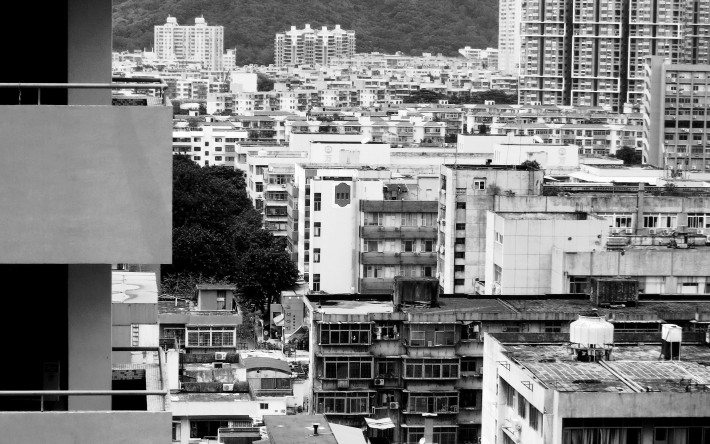 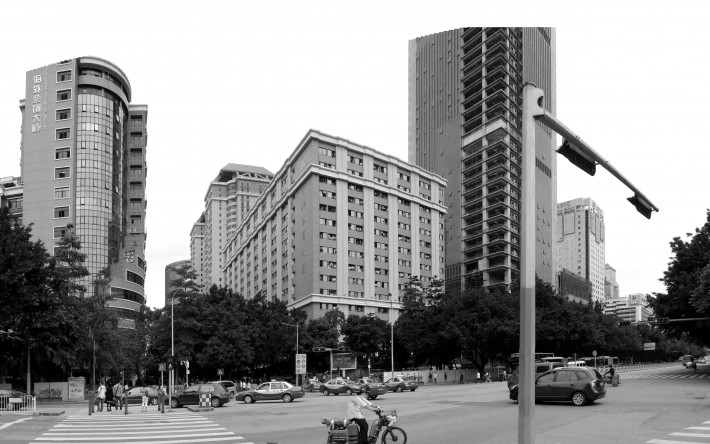 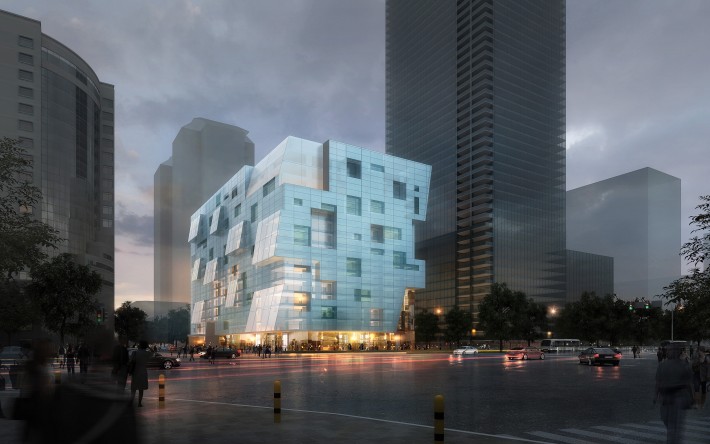 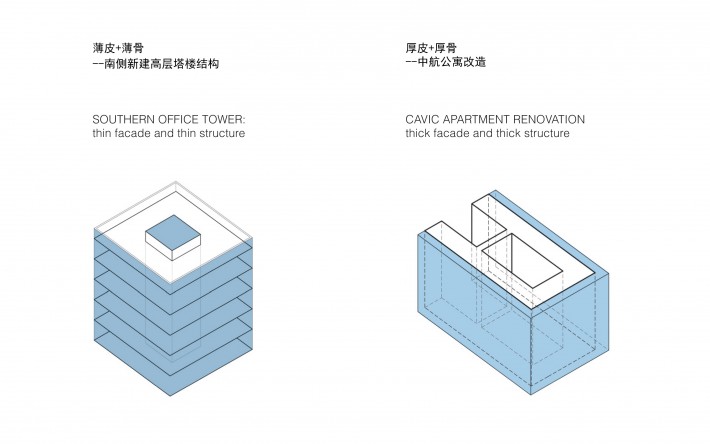 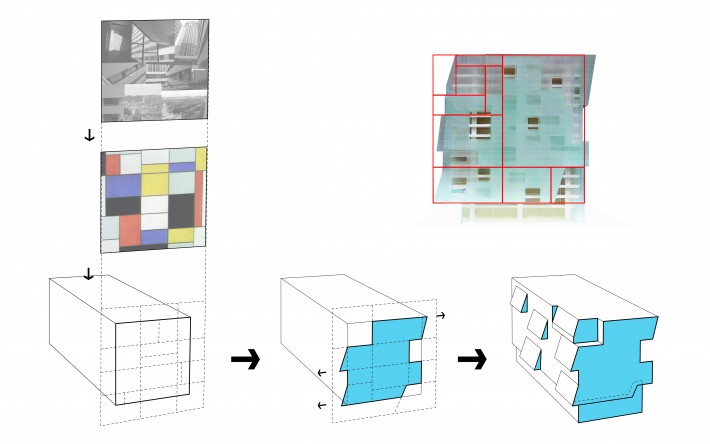 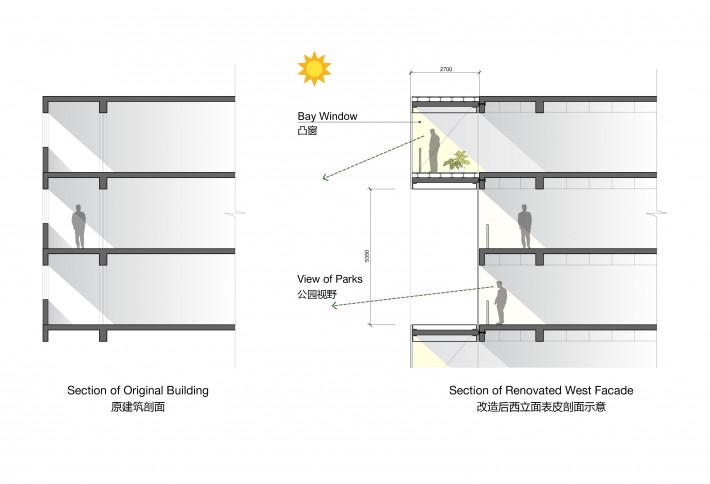 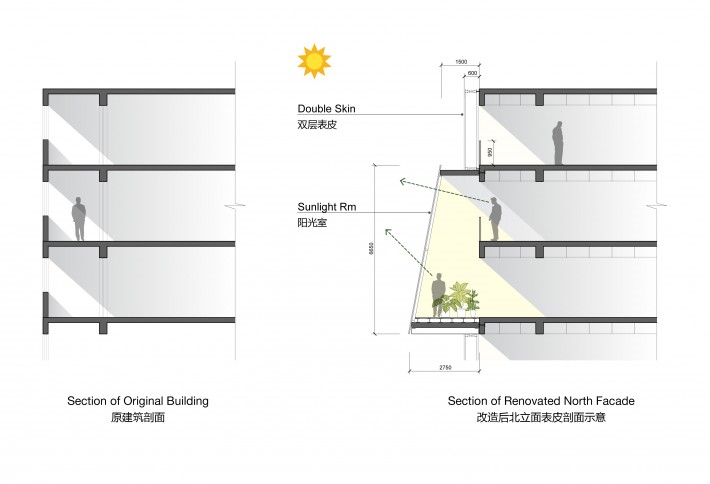 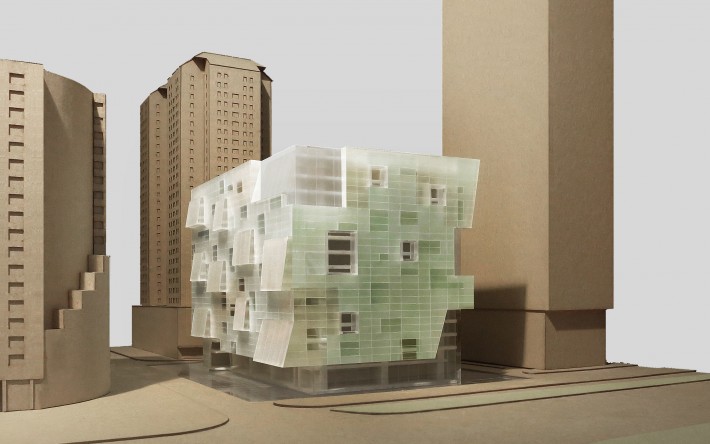 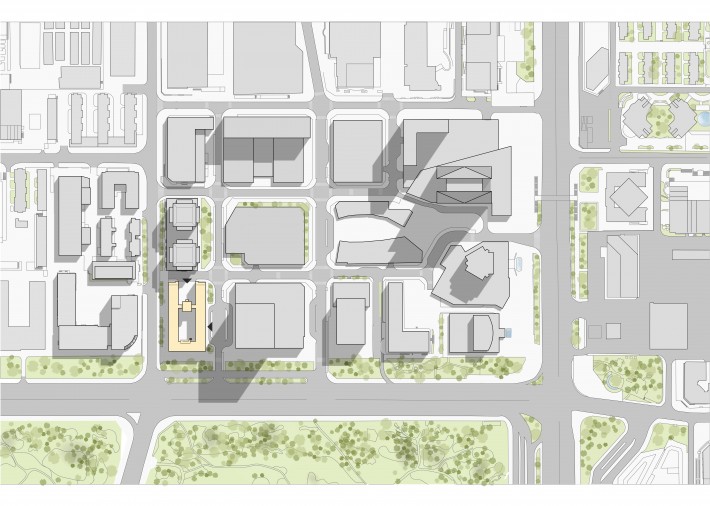 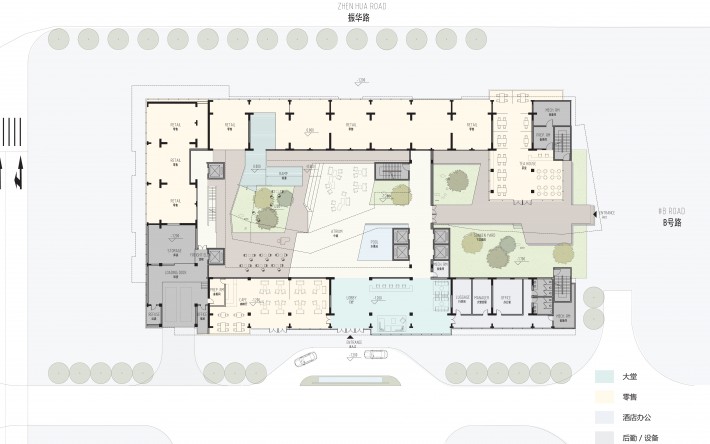 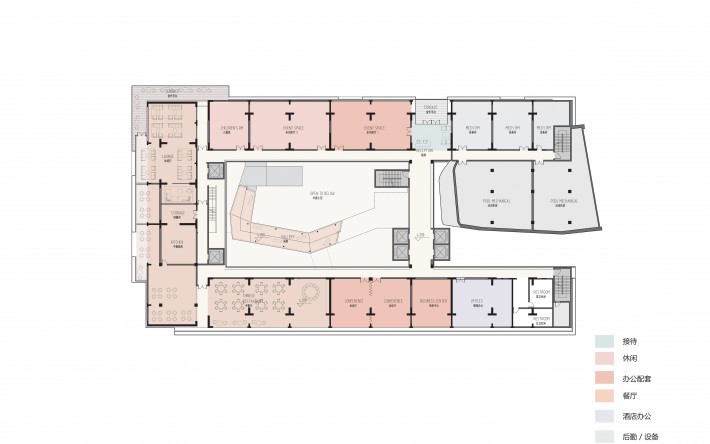 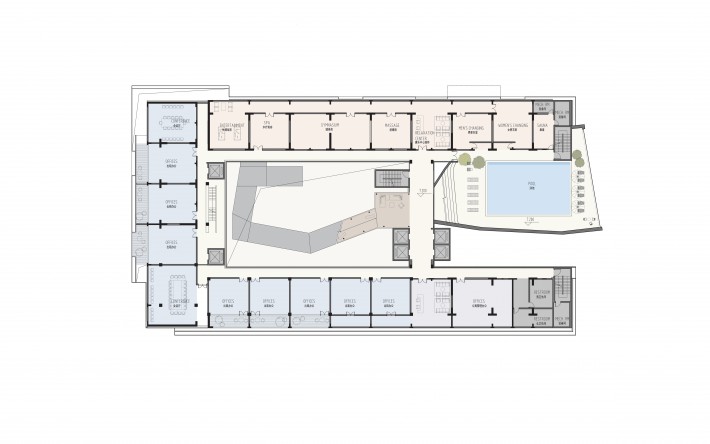 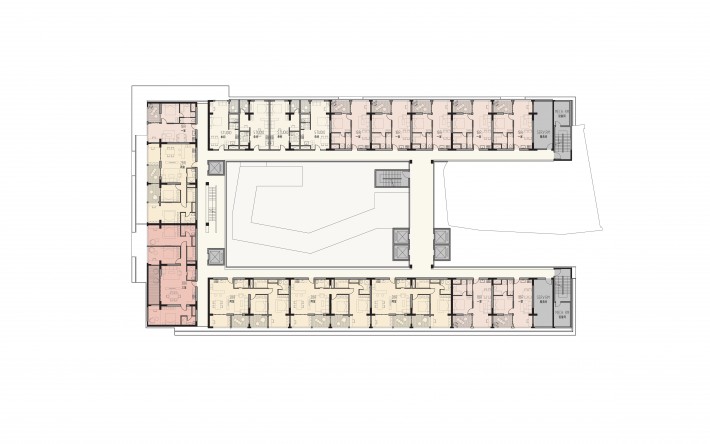 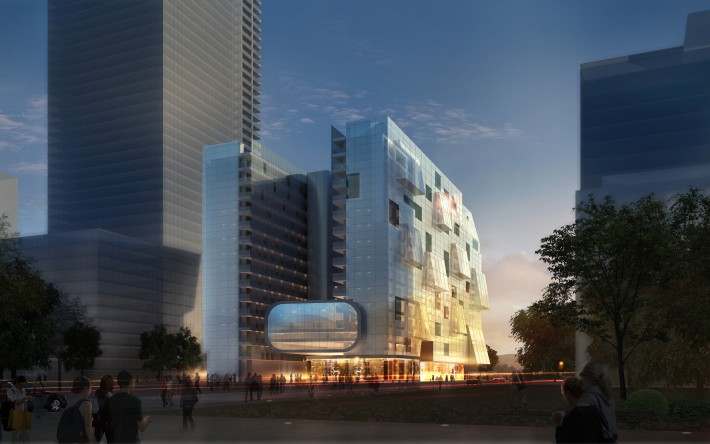 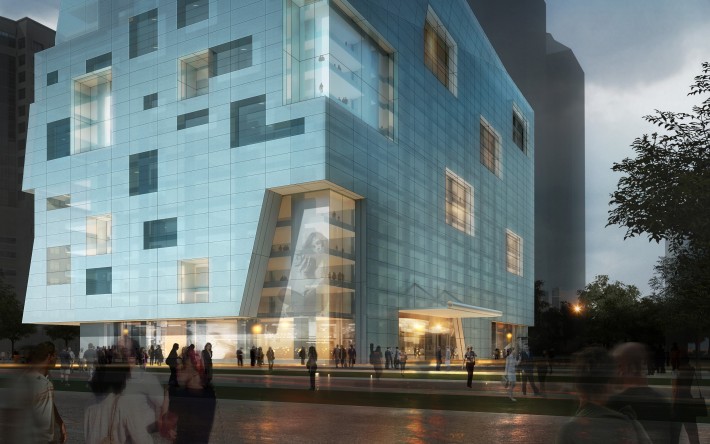 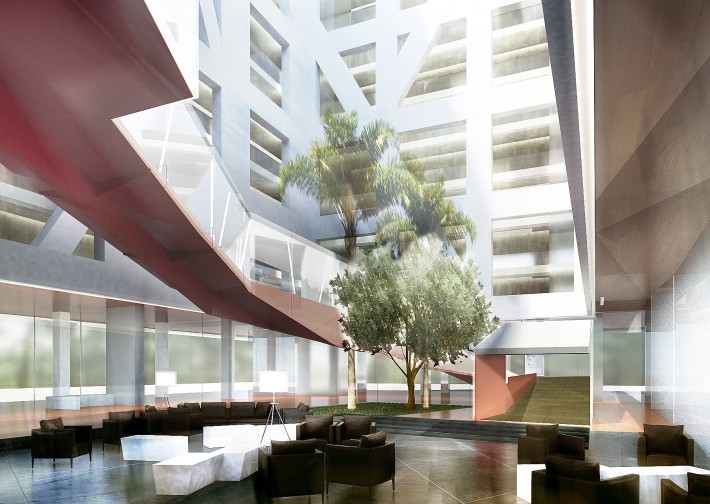 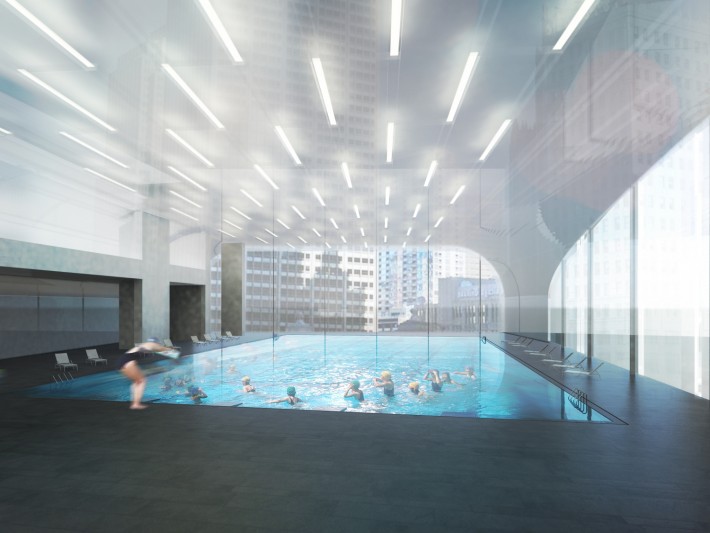 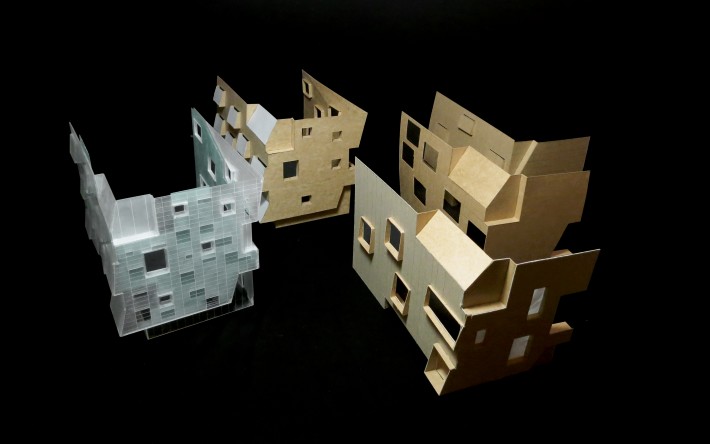 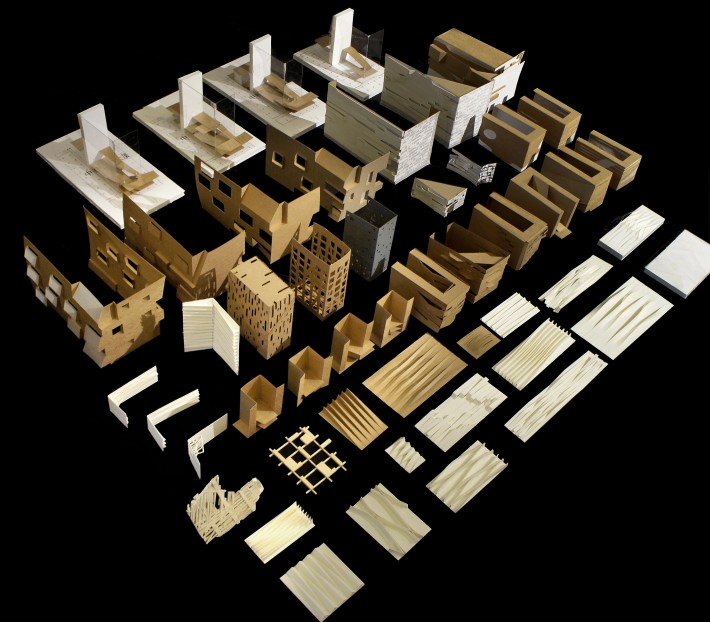 Located in the center of Shenzhen’s Huaqiangbei district, this project called for the renovation of an existing building into a 200 room boutique hotel. Studio Link-Arc proposed taking the modernist-object building and making it responsive to its site through a detailed context analysis.

The design team began by analyzing the nearby context, and realized that almost all of the nearby buildings were contemporary glass towers, defined by thin structures and thin glass façades. SLA decided that the AVIC Hotel design would distinguish itself architecturally from the nearby context via an oppositional strategy- it would have a thick façade and thick structure. The resulting volumetric façade, combined with the heavy existing concrete structure would set the building apart from its neighbors and would use the façade depth to include new programs and functions. In order to make the building responsive to its context, the new façade is different on all four sides.

The northern face of the AVIC Hotel incorporates “sunlight rooms” that project from the building, generating richness at the urban scale and creating quality living spaces. The west façade includes deep voids that provide shade and frame views of the park. The east and north façades are treated in a more restrained manner, which allows the hotel to defer to the nearby buildings and adds a sense of restraint to the overall composition.

In addition, Studio Link-Arc’s interior renovation strategy activates the courtyard and interior public spaces by inserting new programs connected by a public circulation element, integrating this formerly unused space into the life of the building.